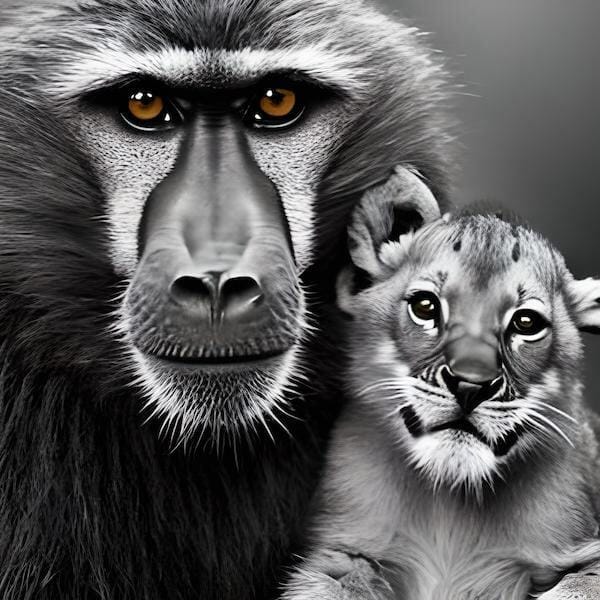 Authentic Marketer is a reader-supported publication. To receive new updates and support my work, consider becoming a paid subscriber.

For a long time, especially last year when I took a break from my business, I felt like I didn’t see myself as the hero and didn’t know where I fit in.

I questioned the popular Hero’s Journey framework – created by Joseph Campbell and embraced by many – to make meaning out of my experience.

In case you haven’t seen it, the framework looks like this:

It felt too structured, rigid, and prescriptive. I was looking for something more personal and meaningful.

Fortunately, I found a trove of archetypes and storytelling frameworks that allowed me to find my place in the storytelling of life.

I found that the tarot archetypes, such as:

The Fool: Representing spontaneity, creativity, and the ability to take risks. The Fool is often seen as an innocent and carefree character who is unafraid to explore the unknown and take chances. They are also seen as a symbol of new beginnings and the start of a new journey.The Magician: Representing creativity, imagination, and the ability to manifest one’s desires into reality. The Magician is often seen as a figure who can control the elements and bend reality to their will through the use of their imagination and creativity.The High Priestess: Representing intuition, mystery, and the unconscious mind. The High Priestess is often seen as a figure who can access hidden knowledge and understanding and is associated with psychic abilities and the ability to tap into the unconscious mind.The Hanged Man: who represents the power of letting go and surrendering to a higher power.The World: who represents the completion of a cycle and the achievement of a sense of wholeness and completion.Death: Representing transformation, change, and rebirth. Death is often seen as a figure who can provide the ability to let go of the past and embrace change and new beginnings. It represents transition (something that I’m going through as we speak)

Additionally, I realized that the role of the guide, like Rafiki in Lion King (one of my fave movies of all time), was just as valuable as the hero. It’s not always about being the hero. Sometimes it’s about being the one who helps others on their journey. And that’s okay.

In the world of Human Design, the role of the guide is referred to as The Projector. Read more about the various Human Design profiles here.

The hero’s journey often focuses on the protagonist’s growth and triumph over their struggles. Still, it’s important to remember that the villain serves an equally important role in the story.

Without the villain, the hero would have no one to defeat and no obstacles to overcome.

The relationship between the hero and the villain often drives the plot and creates tension, making the story more exciting and dynamic.

What I find fascinating is when villains are portrayed as complex characters who have both light and dark within them or those who are just misunderstood.

In the Netflix series Cobra Kai (one of my fave series of all time), our hero Daniel Laruso from the original The Karate Kid films, is pitted against Johnny Lawrence, the original “bad guy.”

The series reveals that Johnny isn’t really a bad guy, and their relationship has layers of complexity. The same goes for Daniel-san. Turns out he’s not just the pretty boy hero after all. He makes mistakes too.

There are several examples of complex and multifaceted villains across literature, film, and other media. Here are a few examples:

Cersei Lannister from Game of Thrones, her character is driven by her desire for power, her love for her children, and her fear of losing everything.The Evil Queen from Once Upon a Time, her backstory is revealed as the series progresses, showing how her past experiences and insecurities led to her villainous actions.Darth Vader from Star Wars is initially portrayed as a ruthless villain but is later revealed to be a tragic figure driven by love and a desire to save his family.Magneto from X-Men is portrayed as a villain, but his actions are motivated by his desire to protect mutantkind, his past as a Holocaust survivor, and his belief that mutants need to fight for their survival.

At its core, this archetypal battle between good and evil reflects the duality within each of us – our light and dark sides – which plays out in our everyday lives.

It’s a reminder that there can be more to life than being the hero – whether we’re playing the role of the villain, the guide, or any other archetypal characters in between.

So, if you’re wondering if the Hero’s journey applies to you, I say this:

Your journey is unique, and there are many ways to understand it.

There are other valuable frameworks and characters out there that can give you a new perspective on your own journey.

Don’t be afraid to look beyond the hero’s journey.

Strike while the iron’s hot

“Strike while the iron’s hot” is an age-old adage that is still just as relevant today, particularly when it comes to marketing.

The phrase originates from the days of blacksmiths, who would heat their iron in a furnace until it reached the right temperature, and then quickly shape it into the desired form before it cooled. The same principle applies to marketing – to be successful, you need to act quickly when an opportunity arises.

Last week, I saw someone share a Google doc with a list of chatGPT prompts they had tested, and it inspired me to do the same.

I invested 6 hours in creating a resource, and a few days ago, I posted a question on my Facebook feed asking who would like to see how I used chatGPT as my marketing coach and blog writing assistant.

The response was overwhelming – I had over 90 responses in 2 days! One person even suggested I host a mini-workshop and charge for it, so I’m working on it.

Key takeaway: Don’t hesitate to take action when an opportunity presents itself. Whether creating a new resource or offering a new service, don’t wait for the right time or second-guess yourself. The best time to act is now.

And as a bonus, my example shows that even something as simple as a Google doc can be a great source of inspiration, and you never know where it might lead.

👍 3 THINGS THAT CAUGHT MY ATTENTION

Goal: Increase your consistency and reach on LinkedIn and compete with others for prizes in this 90-day challenge.

I just signed up for this. Want to join me and keep each other accountable?

While there’s a lot of attention on AI tools potentially replacing copywriters and marketers, something to watch out for is what’s happening with robots in the world of fast food.

Stop listening to your friends for investment advice. This is the WORST way to manage your finances.

If you zoom out to a macro level, this is literally the cause of market booms and busts. Why have hundreds of years of history have not made us any wiser??

🐦 COOL TWEETS OF THE WEEK

Consistency is key to success, but we have to define what this means for us.

@jayacunzo As my daughter (10 at the time) said the first time I showed her DALL-E, “They’re just stealing other people’s imaginations.” Still probably the best explanation I’ve heard of how generative AI works.

🔧 TOOL OF THE WEEK

This week I learned of an AI image generator tool similar to the popular Midjourney – except it’s free for unlimited images!

Just like its competitor, Blue Willow runs from inside a Discord server.

Here’s the prompt I used to generate the Rafiki & Simba image I used above.

If you’re new to using these Discord-driven tools, my buddy Matt Wolfe posted a video tutorial on how to use BlueWillow on his youtube channel.

You can tell it to create fun and silly things like this too:

this is someone else’s prompt, just sharing here to show you what’s possible

As with any tool, the best thing to do to learn how to use it is to jump on over and have a play!

Warning: playing with this can easily suck an hour of your time as it did for me 😂

“Be a magnet for joy, love, and abundance.”

PS. – Did you get value from this newsletter? If yes, then please:

Forward it to someone else who might find it useful too.Consider supporting my work and becoming a paid subscriber.Reply and tell me what you liked about today’s newsletter, and/or ask a question that I can answer in a future newsletter (I’m always looking for ways to help my readers and topics to explore). 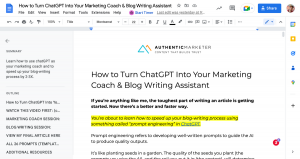 Plus other goodies for you 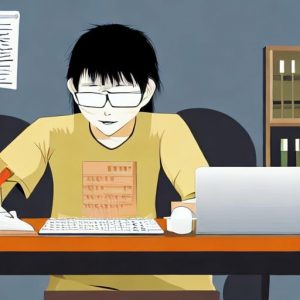 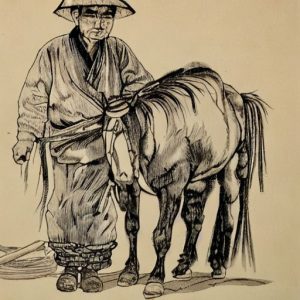 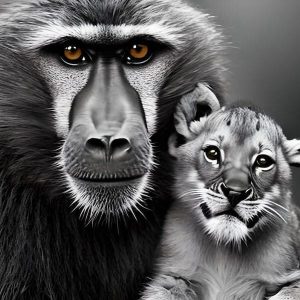